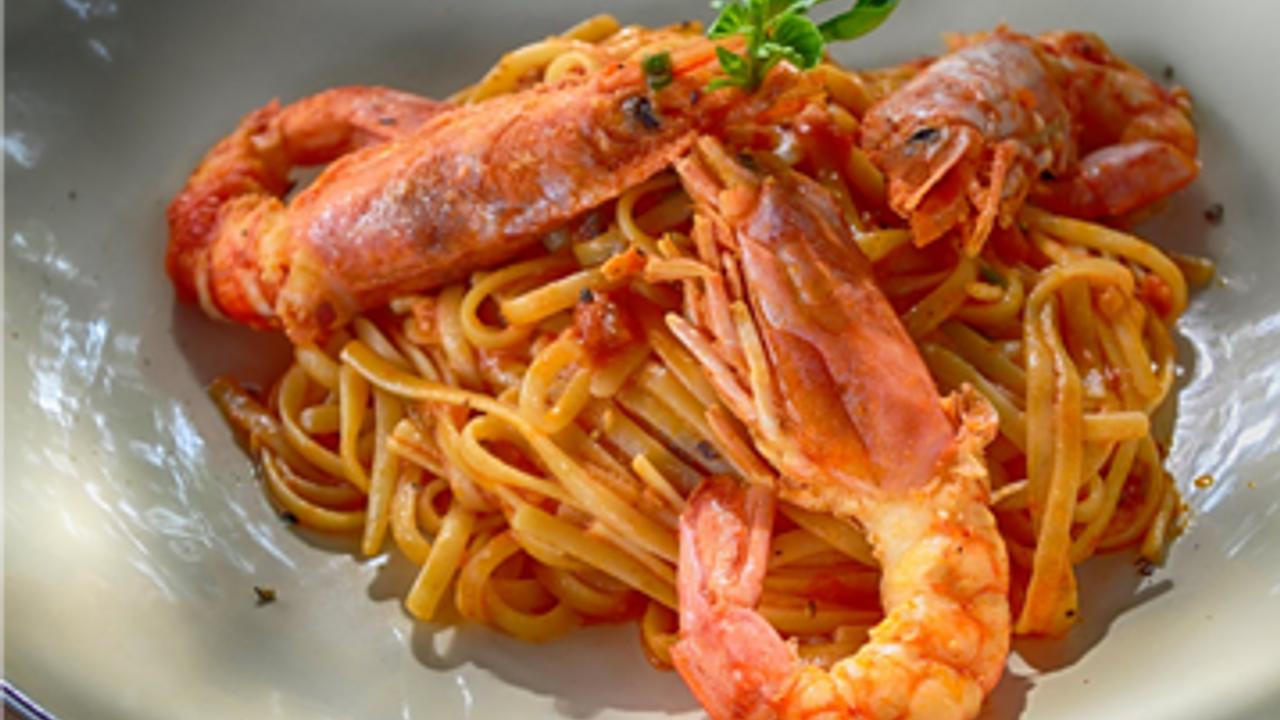 But that message no longer rings true across the board. Seafood raised on farms - AKA aquaculture – is the wave of the future and will be essential if we want to continue to make salmon and other fish a regular part of our diet. This is important from a health standpoint and on par with the dietary guidelines which recommend eating seafood several times per week.

But let’s be honest, when you hear the term “farmed salmon” – what image comes to your mind? Well, I was very fortunate to spend a week in Norway in early September 2019 to see these farms – again, known as aquaculture - up close and personal.

To me, before witnessing aquaculture firsthand, the image was probably a lot like what you’ve picture farmed fishing to be – and that’s something like the start of my Ironman event I did in Louisville in 2008. If you’re not familiar with how that works, imagine 3,000 people at the start of a swim race all entering the water at the same time; there’s body parts in your face that you don’t want, while you get kicked, stomped and are fighting to come up for air – all while trying to propel yourself forward.  Just surviving is a win!

Too many people.  Too little space.

And in my mind, that’s what I’ve read and seen about farmed fish in the past.
Fortunately, in Norway, there are standards that not only give the fish plenty of room to swim around, but they’re also in open water.  More on that in a bit. First, some background.

Here’s generally how Norwegian Aquaculture works. Farming salmon takes place year-round. The salmon start life on land in an incubator tray. The roe is fertilized in freshwater and is incubated at a constant temperature for 80 days before hatching. After hatching, the fish nourish themselves on the yolk sac which they have on their stomachs. When the yolk sac has been consumed, they change to being fed. This process occurs four to six weeks after hatching. When they begin to eat feed, they are moved to larger freshwater tanks.

After 10–16 months in freshwater, the salmon are ready to be put in the sea where they continue to eat and grow in large – like the size of football fields large – netted “pens.”  These are about 150 feet deep and about the size of a football field and are put in locations with strong currents and rocky bottoms so the fish waste is dispersed and they’re not sitting in their own, ahem, by-products. In other words, the fish have plenty of room to swim and are in the open ocean and fjords, where they stay for approximately one to two years, depending on their growth.

Definitely no Ironman start – all cramped up and piled high - for the fish. In fact, it’s just the opposite.

What does all this mean?  It means you and I can have fresh fish year round. Don’t get me wrong, I also love and enjoy wild Alaskan fish, like you may, but their “season” is only around June – September, or so, meaning outside of those months, you’re getting frozen fish.  Again, this doesn’t mean it’s lower quality, but the texture and consistency may not be exactly the same as the fresh you probably enjoy.

Another benefit to properly farmed salmon? It’s free from parasites, which means most of the sushi you may eat anyway is farmed (if not, it must be frozen first to kill any potential parasites).  I have the ability to crush some serious sushi – it’s a favorite post workout meal – so I certainly want to make sure what I eat is flavorful, but also safe.

Norwegian farmed fish are also not given antibiotics, like much of the negative press around these farms discusses and that’s because the fish are given vaccines to prevent disease, much like a child would receive them to prevent the same.

Of course another major benefit is that they’re not at risk for overfishing and supply is aplenty.  Let’s face it, seafood is amazing for you and the research library continues to grow along with the existing 1000’s of studies demonstrating the benefits of regularly including omega 3’s in the diet. Unfortunately the 2015-2020 Dietary Guidelines reported that most Americans do not eat enough omega-3’s.  While seafood isn’t the only source, it’s certainly one of the best.  The goal is to aim for 2-3 servings per week to decrease the risk of disease, improve longevity and improve brain health, to just name a few.  Check out the recipe below for an idea to consume another serving of seafood in your diet – it’s a favorite in the Mohr house and one we eat at least once per week.

All that said, to feed the growing population and meet these specific demands – well-done aquaculture is the future of food. And you can be assured the salmon from Norway (shown by the Norwegian flag on packaging) is the seal of approval.